Last weekend marked the beginning of a new herbal program to support hotshot firefighters who are battling unprecedented forest fires this year on the west coast. Licensed acupuncturist and herbalist, Karen Bauer, is working with Acupuncturists Without Borders to supply firefighters with supportive herbal remedies that target stamina and respiratory health.

The average hotshot firefighter works 16 hours a day for two weeks straight. This year, the California Department of Forestry and Fire Protection reported 2020 as having the largest, most destructive wildfire season ever recorded in modern history. As of this October, over 8,500 fires have destroyed more than 4,200,000 acres of land in California alone, with over 9,000 structures completely destroyed, costing the state over $1.37 billion. To date, 31 people have lost their lives in the fires. Oregon, Washington, Idaho, and Colorado have experienced similarly devastating fire seasons.

“All three of my siblings live in California. Once the fires started, I began receiving texts from them saying, ‘I can’t go outside, I can’t breathe, my eyes hurt, my nose hurts, my throat hurts and my lungs hurt. Can you give me some herbs that will help?’” Bauer said.

Bauer owns and operates an acupuncture clinic in New York, where she specializes in treating sports injuries and Gu Syndrome, an ancient technical term for a particularly severe form of parasitic infection. Classical Pearls’ founder, Heiner Fruehauf, has written extensively about the phenomenon of Gu Syndrome.

“After hearing about the fires from my siblings, I started to think about the firefighters,” Bauer said. “They are dealing with this, not just for a few weeks, but for months on end. They're experiencing the heat. They've got the toxicity. They're working physically hard under a lot of stress. It’s terrible, we should be supporting them.” 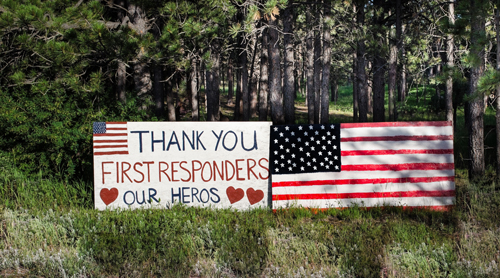 It was these thoughts that inspired the acupuncturist to take matters into her own hands. She decided the most effective way to support the firefighters was through Chinese herbal medicine.

“The first thing I did was get on the phone and start reaching out to herbal companies. Classical Pearls was one of the first companies I reached out to. I wanted to get my hands on formulas that would detox the lung and nourish lung yin. Something to at least get them through this acute period until they’re away from the smoke and can completely clear,” Bauer said.

In order to efficiently get the herbs into the hands of hotshots, Bauer has teamed up with Acupuncturists Without Borders (AWB), a non-profit organization that was established over 15 years ago to support victims of hurricanes Katrina and Rita, and which has expanded to help first responders, Veterans, refugees, survivors of domestic and sexual abuse, and other trauma-impacted populations. During the fire season, AWB sends hundreds of acupuncturists to California, Oregon and other wildfire-prone states, to provide hotshots with acupuncture care - primarily, ear-seed acupuncture.

“I was so lucky to be introduced to the people at AWB. This was really the pipeline I needed to get this project off the ground,” Bauer said.

According to Bauer, the herbs are initially shipped to an AWB-operated warehouse. From there, acupuncturists within the organization pick up the supplies and deliver them to the front lines. The firefighters are treated by licensed acupuncturists in small tents located outside of their hotels.

“All of AWB’s volunteer acupuncturists are certified as both acupuncturists and herbalists, so they are all qualified to prescribe these herbs to firefighters,” Bauer said. 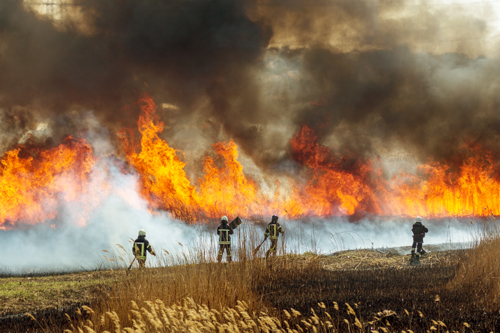 Due to the encroaching threat of global warming, “fire season,” a term that’s unfortunately become normalized over the past few years, has only become [grown] worse. Because of this, Bauer says she hopes this project will become a priority for fire stations throughout the west coast.

“This is a charity, yes. But in the future, I’m hoping that Cal Fire and all these regional groups learn to stock these herbs. I think that once they see the difference it makes in the stamina and health of these hotshots, they’ll want to keep this going,” Bauer said.

On a larger scale, Bauer says she hopes that this project reaches not just the firefighter community, but all first responders, vets, and others who are supporting trauma impacted communities. She says this project is an avenue for Chinese medicine to become a part of the mainstream Western medicine culture.

“I know this is just a little tiny crack. It's just a little tiny beginning, but I see the potential down the road 10...15 years to be huge for our medicine. Because we all know what it can do. We just need the people to have a chance to experience that,” Bauer said.

CLASSICAL PEARLS HAS DONATED $25,000 OF METAL PEARLS AND WIND PEARLS TO THE "HERBS FOR HEROES" PROJECT. TO DONATE HERBS, PROVIDE FUNDING SUPPORT, OR TO GET INVOLVED IN THE PROJECT, PLEASE CONTACT KAREN BAUER AT TRANSFORMATIVECHINESEMEDICINE.COM.